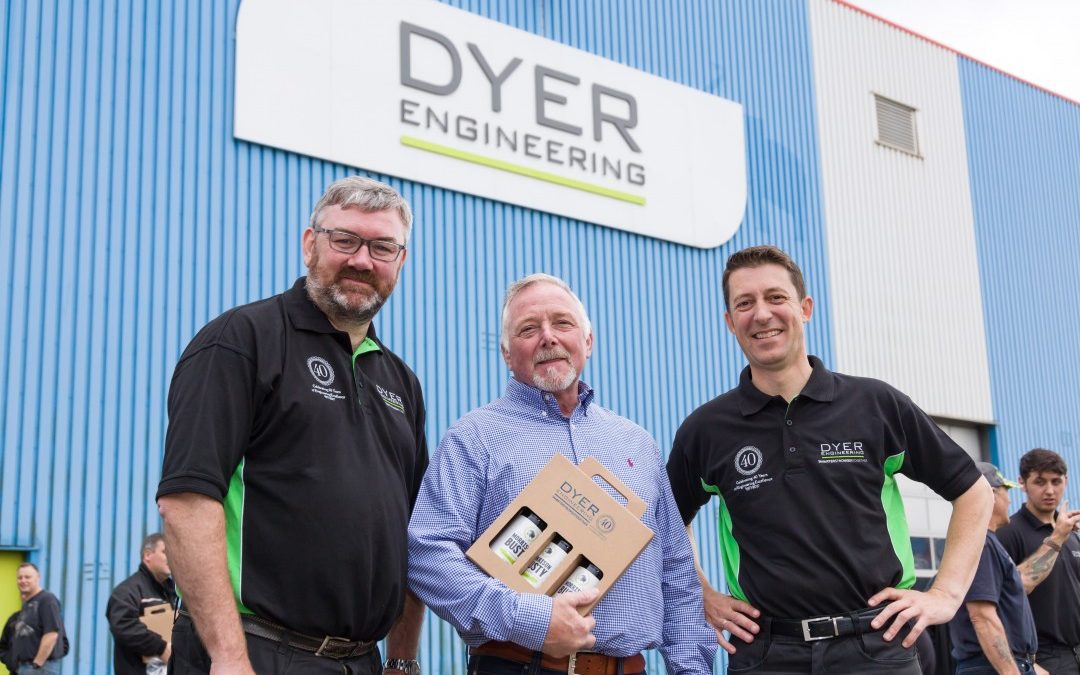 County Durham-based Dyer Engineering has outlined plans to increase turnover to the £20m mark by 2020 as it celebrates 40 years in business.

Founded in 1977 by father and son John and Paul Dyer, the company originally manufactured pipe fittings and supported the local mining industry. Now it employs 150 staff and has diversified to serve clients in a wide-range of industries including rail, defence, automotive manufacture and oil and gas.

Dyer was acquired by Graeme Parkins and Richard Bradley in 2013, after Paul Dyer decided to retire.

It is on course to hit £12m turnover this year and Parkins hopes to almost double that over the coming years.

“The story of Dyer Engineering is one of a business with family values at its heart and passionate about everything we do,” he said. “It’s not about buildings or machines, but the team, the people who make it all happen. Without them, there would be no business and we would have no success.

“Reaching our 40-year anniversary is an amazing achievement and our aim is to reach many more into the future. I am proud of the way we all pull together to achieve our goals and succeed in challenging markets.

“Richard and I have ambitious plans to grow the business, with an aim to achieve turnover of £20m by 2020 and the hard work the entire team puts in, stands us in great stead to achieve this.”

Paul Livingstone, business development manager at NOF Energy, which Dyer is a part of, added: “I would like to congratulate Graeme, Paul and the whole Dyer team on this fantastic achievement. They have weathered the economic turbulence of recent times, as Dyer has over the last 40 years, to emerge stronger and larger than ever.

“Their story of diversification is a lesson to every company in the energy supply chain.”

As part of the 40th anniversary celebration, staff were presented with bottles of a specially brewed beer named Morrison Busty, after the Morrison Busty Colliery which occupied the site Dyer’s premises are on between 1927 and 1973.