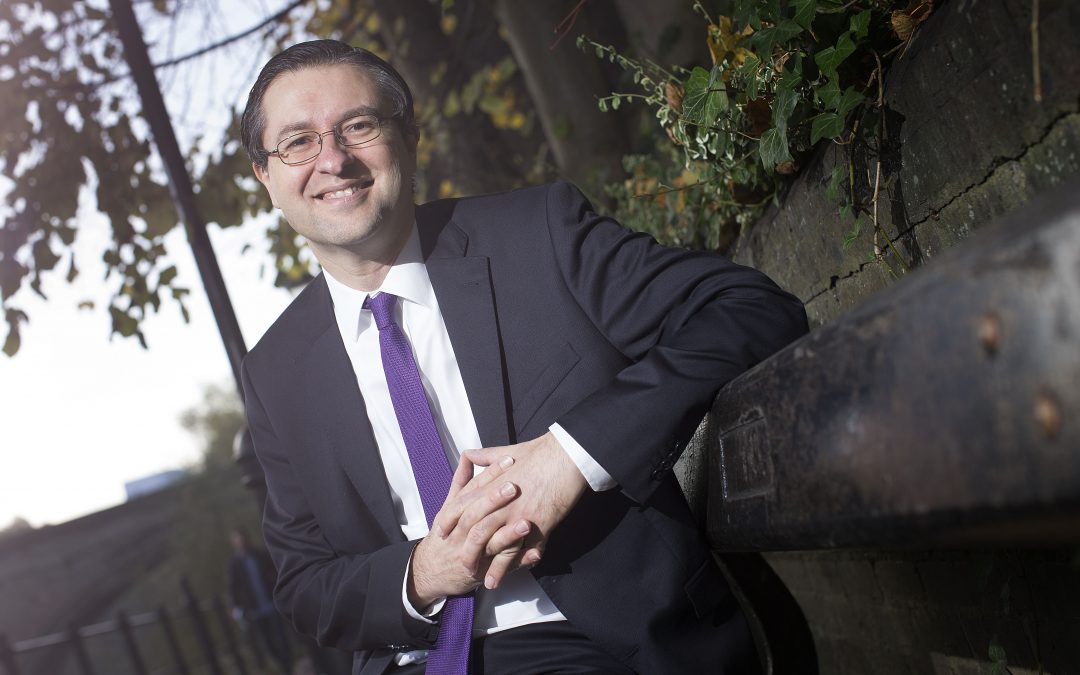 LEADER of Durham County Council, Cllr Simon Henig, has used his first address to council of 2017 to highlight that there is much to look forward to in what promises to be an exciting year ahead.

Set against the backdrop of Brexit uncertainty and continuing austerity, Cllr Henig insists that the council continues to be “fiercely ambitious” despite having already faced budget cuts of £200 million.

He said: “We will focus on our key priorities: encouraging continued growth of our economy, redoubling our efforts to make Durham a safe, clean and green place to live and promoting a thriving visitor economy and cultural sphere.”

Cllr Henig also highlighted what can be achieved when partners and businesses from across the county work together. He said: “I was privileged to be present as the first Hitachi train, assembled on the production line at the Newton Aycliffe plant, was unveiled recently.

“Many companies from the county supply components for the trains and this historic moment served as a great example of how working together can bring huge benefits to the county, justifying the many years of hard work that brought Hitachi to County Durham, beating off competition from more than 40 other sites across the UK.”

Hitachi is just one of several success stories the county has to celebrate, including the creation of 1,200 jobs by ResQ in Seaham following support from Business Durham, the council’s business arm. Cllr Henig continued: “We are already looking forward to more good economic news in 2017 – this will include the start of the next phase of expansion at NETPark in Sedgefield and a new facility to expand GlaxoSmithKline in Barnard Castle.

“Redevelopments are now underway on this side of the riverbanks in Durham City which will enhance retail and cinema offers; all of these developments mean more job opportunities for local people and are key to our plans for a brighter future for County Durham.

“These plans include updated masterplans for Durham City and our major towns throughout the county – masterplans which will go before our Area Action Partnerships locally following consideration by Cabinet. Each is unique; each details the work undertaken so far, and what is still to come. We also look forward to ‘Operation Spruce Up’ within each of our 14 AAP’s as we continue our programme of spring cleans across County Durham so that this county is seen in its best possible light.”

In addition to the work of the council, Cllr Henig also highlighted some of the UK’s most popular and ground breaking events that the council works to support: “We are delighted that Kynren will return for a second season this summer – described as the country’s largest outdoor performance since the London Olympics – and attracting 100,000 visitors at a series of stunning night-time performances last year.

“Beamish, already the UK’s most popular living museum, will commence its expansion to encompass a reconstructed 1950’s town this year. The project to improve Seaham marina will continue as well as a new activity centre set to offer water and land sports. Our popular annual festivals – including Bishop Auckland Food Festival, Brass and the Durham Book Festival – will again entertain locals and bring in many thousands of visitors.

“Finally we also welcome back Lumiere for a fifth time in November – now the UK’s largest light festival – and this year accompanied by a major international lighting conference which we have attracted to Durham that last year took place in Seoul in South Korea.”