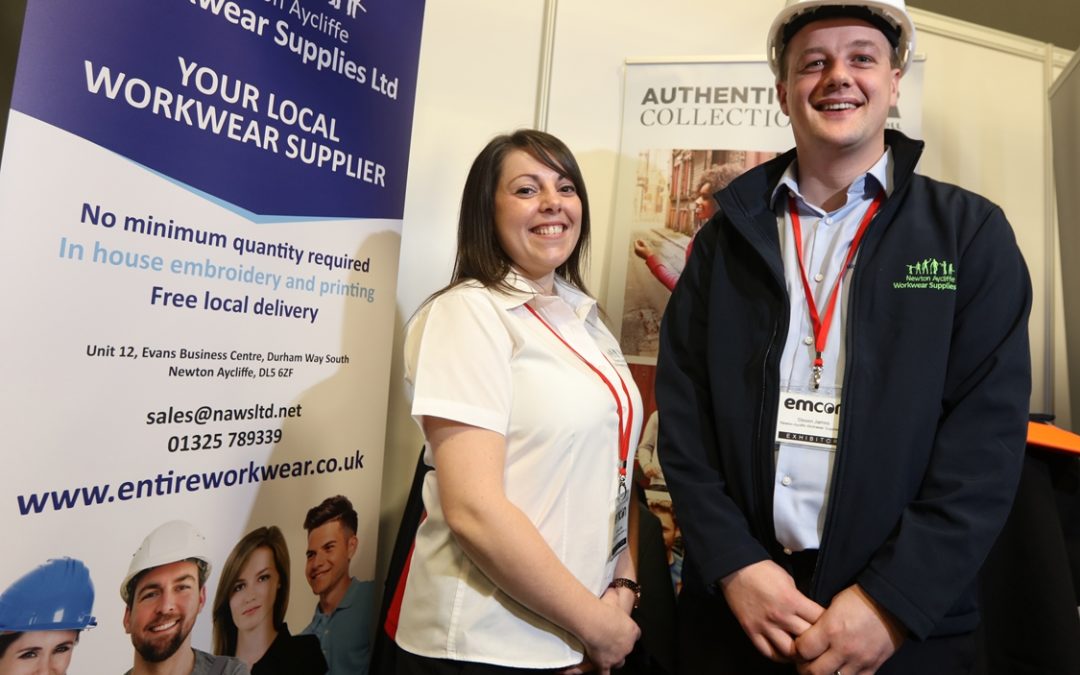 Companies from across County Durham who exhibited at EMCON for the very first time are putting in place plans to grow.

Eighteen new or growing SMEs signed up to participate in this year’s Incubator Zone, which was a key element of EMCON 2018.

The programme, which is ERDF funded and delivered by Business Durham’s Durham Business Opportunities Programme (DBOP) and LEC Communications and Design, was launched last year to encourage those businesses who wouldn’t or couldn’t exhibit at EMCON, either because of lack of experience, resources or budget, to get involved.

And now, just one week after EMCON 2018 took place at the Xcel Centre in Newton Aycliffe, all are actively following up on the leads they made at the event, with several confident of converting those leads into work.

Niall Ash is co-owner of Consett-based Ashgarth Engineering. He said: “We had a great day and made lots of new connections which we’ll be following up over the coming weeks. The event really helped raise our profile and now it’s about us capitalising on that and hopefully winning some work as a result.”

Gemma James is from Newton Aycliffe Workwear Supplies. She said: “We’ve really enjoyed the event and made far more promising connections than we expected to. In fact, my aim was three promising leads from the day and in the first couple of hours we’d made nine, with some people coming to our stand because we’d been recommended to them which is fantastic.”

Michael Harriott is business engagement officer with the DBOP team. He said: “The feedback we got from exhibitors on the day was great and post event the feeling is one of optimism that work will be won as a result which is what the programme is all about.”

Following on from the success of the first Incubator Zone programme in 2017, participants Moralbox, Bespoke Electrical and M5Tec all returned as fully-fledged exhibitors this year.

Hundreds of people attended this year’s event, with over 100 companies exhibiting and several themed sessions held throughout the day. Stadler Rail UK was the event’s inaugural headline sponsor with Business Durham and RM Manufacturing the gold sponsors.

EMCON 2018 was also supported by Jackson Hogg as delivery partner.