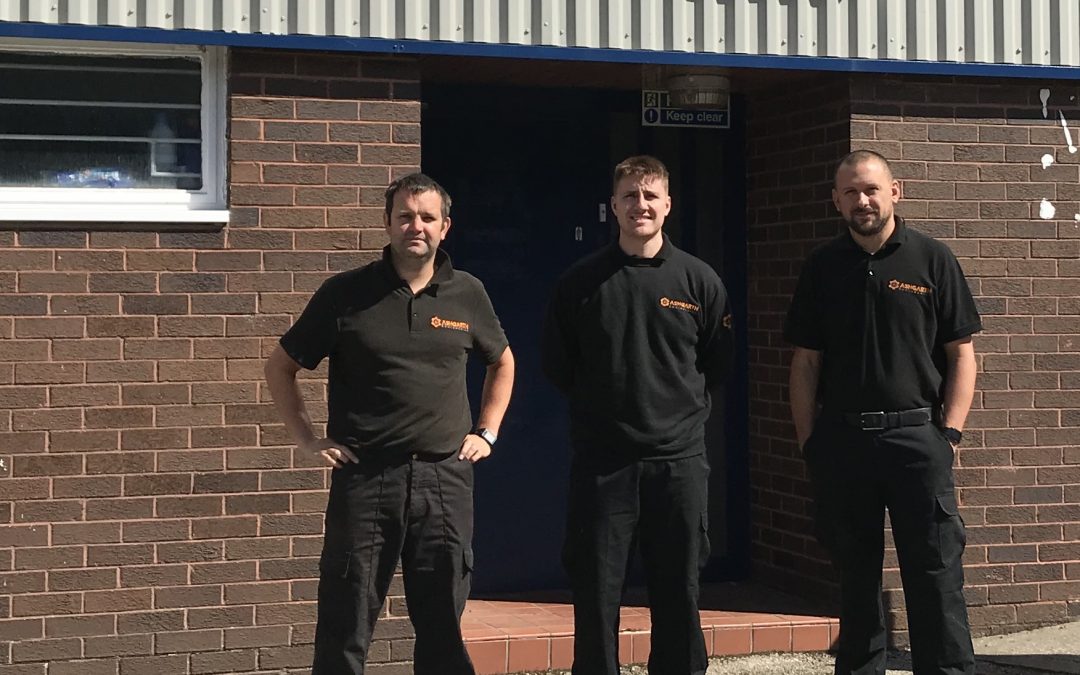 In our latest Spotlight On feature, we chat to CDEMN member Ashgarth Engineering, the Consett-based manufacturer of precision-machined engineering parts.

The company has grown significantly since launching in July 2017 and to support its ambitious plans for continued growth, it has signed up to exhibit at this year’s EMCON Incubator Zone.

Tell us more about why you decided to launch the business.

From those conversations we decided to go for it, and in July 2017 the business was formally registered, and a month later we purchased our first machine. This was followed by us securing our BSI accreditation at the start of this year, which is obviously a massive thing for us and our ability to secure bigger contracts.

It’s been a great start for Ashgarth Engineering hasn’t it?

Now that we’ve got three machines, two of which have been made possible thanks to the help we’ve received from HSBC and the European Agricultural Fund for Rural Development, our growth plans have been accelerated; we’re excited for what the future holds.

Tell us more about the support you’ve had to purchase the machines.

These machines have increased our capacity significantly and means that each of us can run a machine and there is no downtime, which also enables us to actively pursue contracts.

You’ve also added to the team, haven’t you?

We also have plans to recruit an apprentice in 2019 so have started looking into our options as far as recruitment and support.

It might Paul and I won’t have to work such long hours too – that would be nice!

To support your plans, you’ve signed up to exhibit at EMCON. Tell us more about that.

For us, it’s the right time to take to the business to market, as with our increased capacity we’re now in a position to win more work.