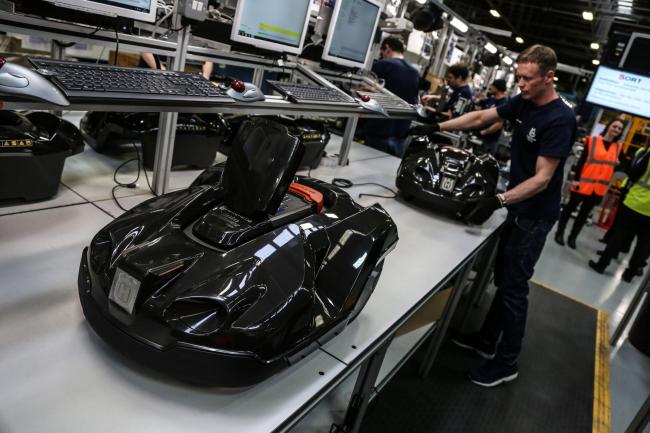 The North East’s manufacturing sector is enjoying a resurgence with new firms launching at a faster rate than anywhere in the UK.

A new report issued by manufacturers’ organisation and BDO LLP, the accountancy and business advisory firm, details the considerable turnaround in manufacturing now in evidence in the region, with 3.9% more firms than a year earlier.

The survey results paint a positive picture compared to the lows of late 2015 and much of last year, with the second quarter of this year showing a surge in the North East’s output and order balances. Manufacturing now accounts for 14.8% of the region’s total output.

The number of manufacturing companies in the North East increased by 3.9% to 4,235 businesses, the fastest growth in enterprises in any region, and while manufacturing employment has remained flat since 2010, it still accounts for a significant 9.6% of the region’s total workforce.

The annual report – Regional Manufacturing Outlook – draws on survey data and the latest ONS figures to provide a longer-term and in-depth picture of the health of UK manufacturing, in which confidence also on the up.

Prior to Brexit, confidence levels sat at 5.9 out of 10, but this has risen to 6.2, making the North East the most improved in the confidence ratings, with much of the positive news and growth coming from a pick-up in the mechanical equipment and metal industries.

The region continues to rely heavily on the EU for its export market, with 62% of all exports from the North East destined for Europe.