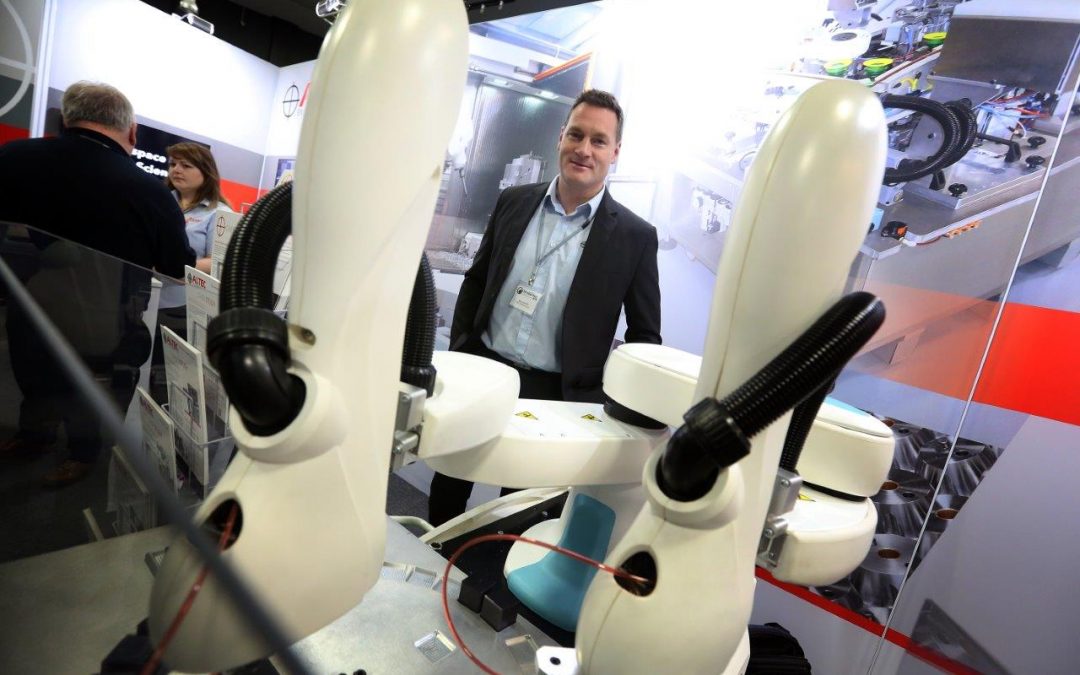 A County Durham engineering firm secured a string of strong business leads as a result of its attendance at this year’s Durham Oktoberfest.

Altec Engineering Group took along a team of staff from the six arms of its business to man its prominent stand at the engineering and manufacturing expo.

And throughout the course of the event, of which Altec was silver sponsor, the precision engineering company acquired several leads and a list of contacts.

Today, Hannah Steel, Marketing Administrator for the Altec Engineering Group – which employs 180 people across the region and works within a range of markets including the oil and gas, automotive, and medical services – said: “We have previously exhibited at Durham Oktoberfest on a number of occasions and will definitely be attending again next year.

“We had several employees who are specialists in various areas representing the business and they were inundated with enquiries from potential new clients, which is what the event is all about.

“It’s fair to say our stand, the biggest one we’ve ever had, and the robot we had on it attracted a fair bit of attention too. We have to thank our system partners Kawasaki for that as it really helped to visually portray some of the work we do.”

Ben Gilhespy, operations director at the County Durham Engineering and Manufacturing Network (CDEMN), which organises Durham Oktoberfest, said: “Altec has been a supporter of Durham Oktoberfest for a number of years so I’m delighted to hear they’re pursuing a number of leads which could be converted into business.

“To have the backing of such a prominent North East-based company – who were once again a silver sponsor – is testament to how important Oktoberfest is to businesses.

“The good news is Altec has already confirmed it will be returning next year – potentially with a stronger order book thanks to their participation in Oktoberfest 2016.”

Durham Oktoberfest, which was created to showcase the North East’s world class engineering and manufacturing strengths and capabilities, celebrates its 10th birthday in 2017 and plans are already underway to make it the most successful event yet.

This year saw over 100 companies from a variety of sectors descend on the Xcel Centre in Newton Aycliffe, and over 700 people flock through the doors to meet potential buyers and suppliers.
Companies including Dyer Engineering, Hiatco, Durham Box, E-Max Systems and Ford Components were among those promoting their business, while Business Durham was once again the gold sponsor.