IMPRESSED AND PLEDGING TO RETURN IN 2017 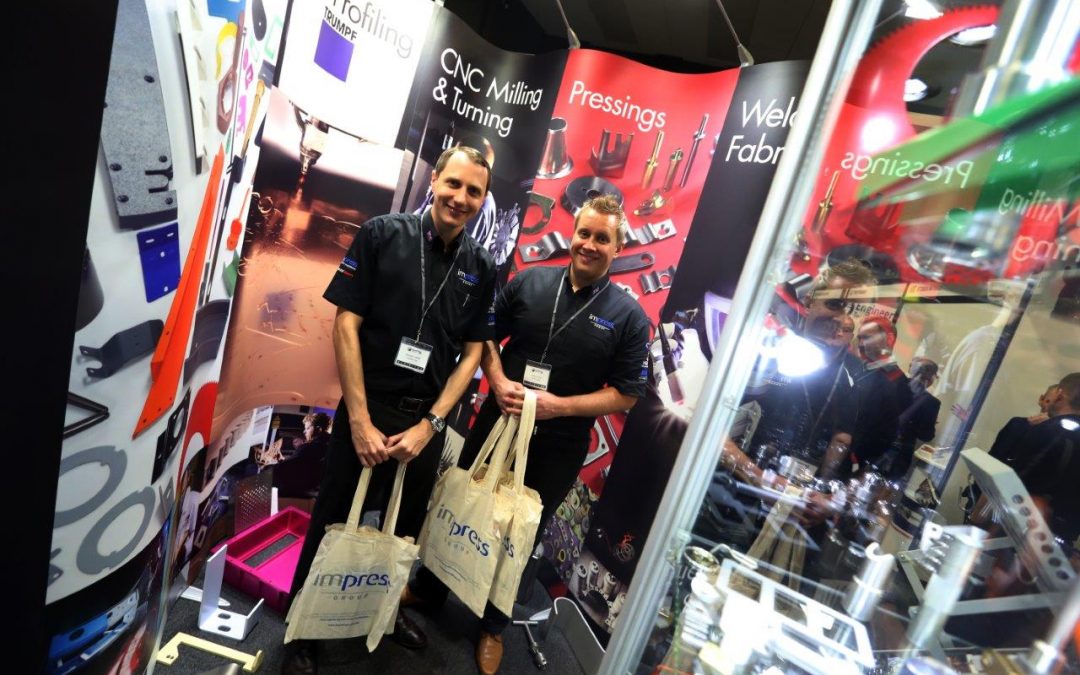 AN engineering firm is forging ahead with plans to convert a clutch of valuable business leads it gained at this year’s Durham Oktoberfest.

Impress Group, based at Blaydon, exhibited for the first time at the annual event, which has grown to become the region’s most prestigious manufacturing and engineering expo.

The decision to take part proved fruitful for the sub-contract engineering company after it made a number of new leads and contacts which it is now working towards converting into new business.

And bosses at Impress Group say they have already made plans to exhibit at next year’s Durham Oktoberfest.

Jill Brown, group marketing executive for Impress Group, which was founded in 1997, said: “This was Impress Group’s first year exhibiting at Oktoberfest and we had a fantastic time meeting new and existing contacts.

“Since returning from the show we have received many new enquiries and gained valuable new contacts.

“We had such a positive experience at the event. It was well-planned, footfall was high and most importantly, we made contacts with businesses we think we could certainly work with. It’s for these reasons we will be exhibiting in 2017 and would certainly recommend the event to other engineering and manufacturing companies.”

Impress Group’s portfolio of services includes pressings, CNC milling and turning, fabrication, laser cutting, specialist coatings, welding and sheet metal forming.  It also specialises in the production of brackets, clips and specialist washers and can manufacture from a huge range of materials.

Ben Gilhespy, operations director at the County Durham Engineering and Manufacturing Network (CDEMN), which organises Durham Oktoberfest, said: “The positive feedback from Impress Group is testament to the benefits Durham Oktoberfest brings to businesses in the region.

“Companies networking, winning work, and gaining valuable contacts is what the show is all about, and why firms from across the North return year after year.

“And it isn’t just big businesses that profit either. What we find is that larger companies are keen to speak to suppliers of all shapes and sizes, and that includes SMEs who have a very good chance of leaving with important leads which are often converted into new business.”

Durham Oktoberfest, which was created to showcase the North East’s world class engineering and manufacturing strengths and capabilities, celebrates its 10th birthday in 2017 and plans are already underway to make it the most successful event yet.

This year’s event, at the Xcel Centre in Newton Aycliffe, saw 100 companies from a variety of sectors exhibit, and over 700 people flock through the doors to meet potential buyers and suppliers.

Companies including Dyer Engineering, Hiatco, Durham Box, Altec Engineering, E-Max Systems and Ford Components were among those promoting their business, while Business Durham was once again the gold sponsor.