HUNDREDS FLOCK TO OKTOBERFEST AS PLANS FOR 2017 ANNOUNCED 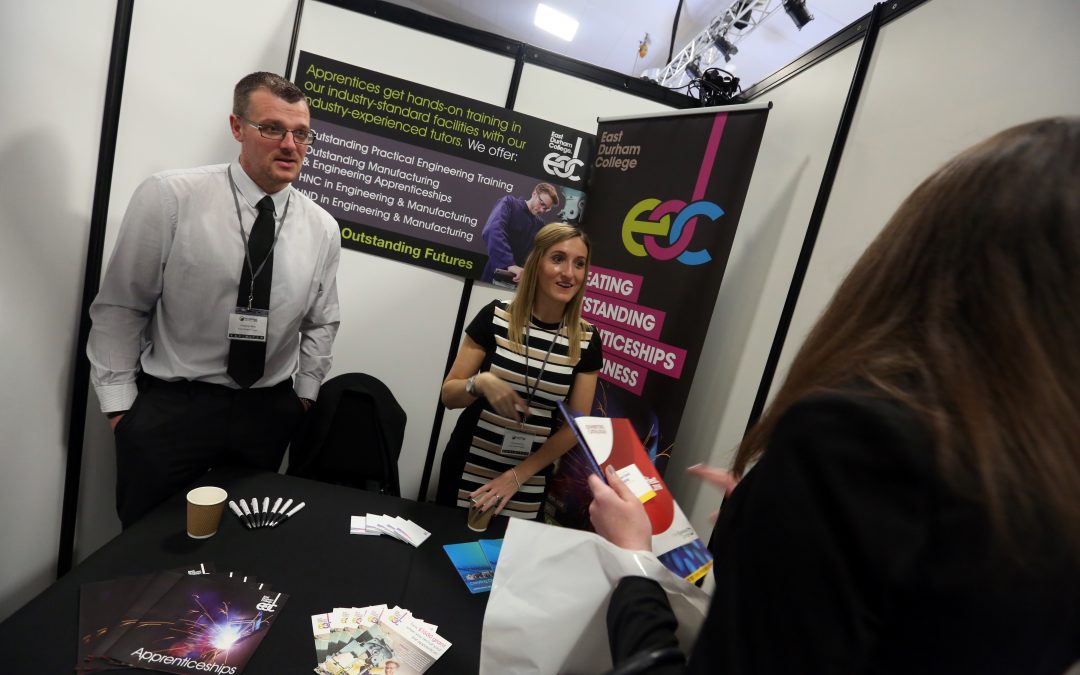 ORGANISERS behind the region’s biggest engineering and manufacturing expo are already making plans for next year – the event’s tenth birthday.

Yesterday (Thursday) saw hundreds of people from across the region descend on the Xcel Centre in Newton Aycliffe for Durham Oktoberfest.

Businesses from a diverse range of sectors took the opportunity to showcase their capabilities to potential customers and suppliers, with many forging new links which they hope to convert into work.

This year’s Oktoberfest also included the Automotive and Manufacturing Advanced Practice (AMAP) North East Maintenance Forum; themed workshops with the British Standards Institute, LEC Consultancy and Fastems UK; and a panel debate with business experts from around the North East.

David Land, Chairman of the County Durham Engineering and Manufacturing Network (CDEMN), which organises Oktoberfest, said: “We introduced a number of new elements to this year’s event, including the themed workshops and panel debate, and the feedback we’ve had from attendees is that they really worked.

“There was such a positive buzz around the Xcel Centre throughout the day and the exhibitors I spoke to were very encouraged by the new contacts they made, which is what Oktoberfest is all about.

“The challenge for us now is to make next year’s event – Oktoberfest’s 10th birthday – even bigger and better and the team is already looking at how we do that.”

The panel debate involved Liz Mayes from the EEF; John Bignall from The Bignall Group; Tom Dower of the new UTC in Newton Aycliffe; Roger O’Brien from AMAP at the University of Sunderland; Colin Bell from the North East LEP; and Matt Atkinson from Nine Software, who debated the issues affecting the North East’s business community.

Exhibitors also spoke about why Durham Oktoberfest is so important.

Nick Baley, managing director of Bowburn engineering firm ALTEC, added: “For us, Oktoberfest has got better every year, and it’s matched our growth – as we’ve got bigger, so has this event.

Bill Earlie, area manager for Hexagon – a precision measurements company which operates across the UK – said: “For us Durham Oktoberfest is all about supporting local businesses, and our key audience is the North East. This event has helped us no end.”